Get 20% off this month when you try our services!

Due to the uncertainty that Covid 19 has placed on our event for the end of  Summer 2021. We have come to the inevitable conclusion to cancel the 2021 event and re-schedule for August 2022. We did everything and explore all options to make this critical decision. We appreciate your all your support and we are looking forward to a successful 2022 event.

The EpiQ Hockey Expo will be held at the Bell Sensplex in Ottawa from August 21-22, 2021. As Eastern Canada's largest all hockey show, this is the place to get your organization in front of thousands of hockey enthusiasts!

The EpiQ Hockey Expo is designed to bring parents, players and coaches closer to the game they love. Our audience is filled with curious and passionate hockey fans looking to stay informed on the latest industry practices, products and opportunities.

There is nothing like being face to face with the people you want to reach and at The EpiQ Hockey Expo your organization will be seen by over 5000 people every day. Our speaker line-up this year includes prominent industry names like James Duthie, Bob MacKenzie, Jamie McLennan, Chris Phillips,  Liam Maguire, with a special live performance from world-renowned painter David Arrigo, Stompin Tom (Chad Matthews) , and Hockey Jedi Zac Bell.

Epiq Hockey is Happy to announce the Epiq North American eChampionship . What makes this event unique is that the tournament will be played part live at the event and part virtually.  Stay tuned for more exciting news on this Epiq event within the Show.

Due to the success of the event we have added more spaces our exhibitor booths are 52% booked. If you are interested in showcasing your product, service, club or organization at this year's event, we urge you to reserve space soon to guarantee your spot. We look forward to seeing you at The EpiQ Hockey Expo 2021!

For more information or to book your exhibitor space today, please contact:

Get face-to-face with an audience of passionate hockey FANS

As Eastern Canada's largest all hockey show, The EpiQ Hockey Expo is the number one place to showcase your organization and get seen by the people that matter most to your business.

At The EpiQ Hockey Expo you'll gain access to thousands of passionate coaches, players and parents looking to stay informed and knowledgeable on the latest industry trends, developments and best practices. Join over 2,500 to 5,000 Coaches, Parents and Players for this two-day event.

The Epiq Hockey Expo will be the largest hockey expo in Eastern Canada. Join parents and coaches seeking insider knowledge about the newest innovations in hockey training and technology. Our show offers direct, face-to-face interaction with the hockey enthusiasts that matter most to your organization.

Build connections, network and learn about the latest developments in the hockey industry, straight from the source. Don't miss this opportunity to align your business with Eastern Canada's must-attend hockey event of the year!

As well as the HHOF Trophy and 72 Summit Series Displays.

Benefit From Our Extensive Media Exposure 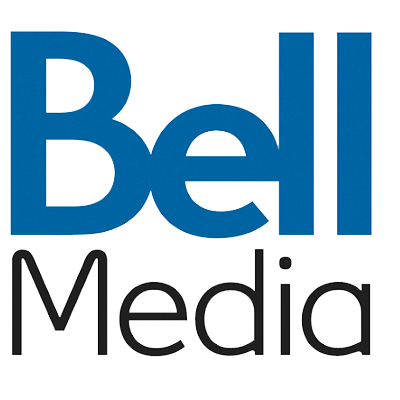 The EpiQ Hockey Expo is proud to be partnered with Bell Media to bring awareness, excitement and maximum attendance to our 2021 event.

Bell Media is the largest media outlet in Eastern Ontario delivering targeted TV, radio and digital solutions to a combined audience of 1.5 million every week.

We are pleased to be aligned with our key media partner TSN Sports Radio in bringing the following promotions to The EpiQ Hockey Expo including exposure on CTV, CTV2, MAJIC 100, CFRA News Talk, and Pure Country 94:

For more information or to book your exhibitor space today, please contact:

All exhibitor booths include a draped booth in blue and white and 8' high back walls.

For select booths, a small storage area is available.

We are proud to offer a range of sponsorship & exhibit opportunities that suit your organization's needs. Each of these opportunities includes the following additional benefits:

Calling all rink experts. Sponsor our Synthetic Ice rink or rink boards via an in-kind donation.

Under the Reopening Ontario Act, the use of masks or face coverings is mandatory in all public indoor settings across Ontario. We require all participants to wear a protective face covering while attending the Epiq Hockey Expo.

Individuals who are not from the same household must maintain a physical distance of two meters (six feet) apart in public spaces. At Epiq Hockey we have made every effort to enhance spacing between our exhibitor booths to ensure public safety (view updated exhibitor layout options). These efforts include following proper spacing protocols pertaining to the government guidelines at the time of the Expo, limiting the number of participants at one booth at a given time and practicing proper hand hygiene and respiratory etiquette.